St. Joseph’s is a primary school in Camberwell, SE London.  The school won a wildlife garden competition funded by VEOLIA and run by London Wildlife Trust.  The competition was open to schools London wide and entrants were asked to submit ideas for creating wildlife friendly gardens at their schools. The outright winner (judged by Elaine and a panel from VEOLIA)  was to have their garden design developed by Elaine and then built to a value of £10K funded by VEOLIA.   The standard for the competition was high but the enthusiasm and creativity for the St Josephs school garden was a clear winner and was driven by the boundless energy of teacher, Lucy, and her pupils who wanted to develop a garden which would be a mini beast haven.

The existing garden at St. Joseph’s was a long narrow space with some trees, a shed, an undulating lawn and boundary hedge.  It functioned well enough but was not very inspiring to people or wildlife and did not have much educational value for the children to learn about biodiversity.   Elaine developed the plan with Lucy and the pupils to create a native species rich hedge, planted beds, flowering grassy meadow and long grassy areas, benches, mini beast ‘hotels’, a wooden ring path, a living willow den and even a 2 story tree house!   That is a lot to fit into a space that is only 3m at it’s widest but the enthusiasm of Lucy and her pupils to have as many wildlife friendly features in their garden as possible was an inspiring challenge.

The transformation from dull strip to educational wildlife haven and nature trail was complete!

The garden was officially launched with a jubilee style street party for everybody who had contributed to its creation and the mayor of Southwark was invited to cut the ribbon on the tree house.  A very auspicious event indeed!

The plants and features have established very well and the children have been able to spot a variety of bird and bug visitors in their garden.

The children were also invited to draw what they think of their new garden…. 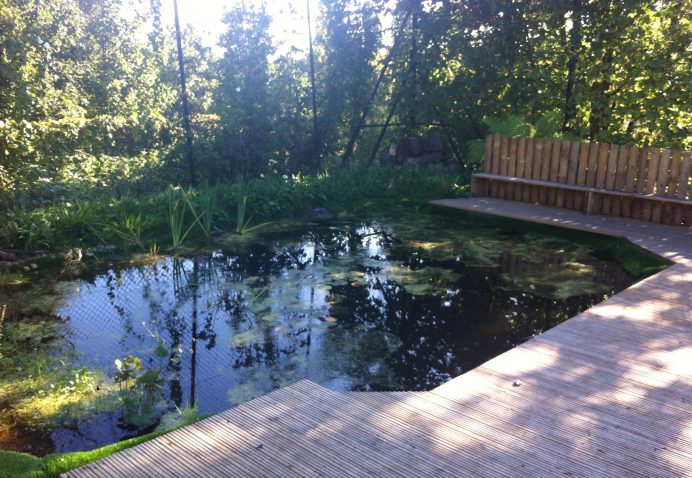 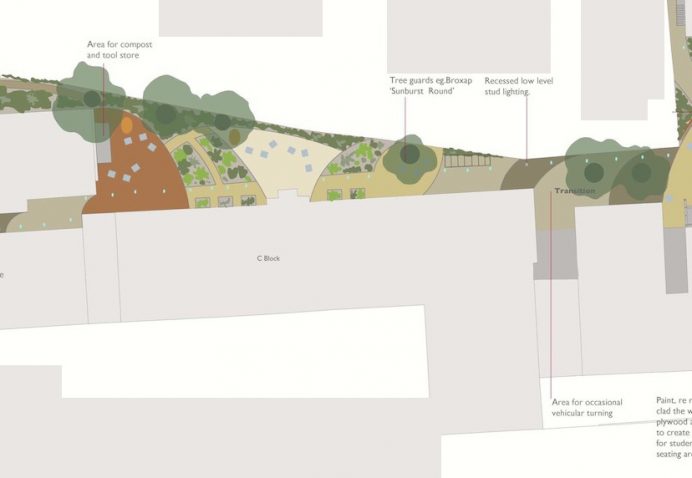